Satan is one my favorite bands. No matter genre, country, era or whatever sub category you might think. So it would be rather peculiar for me not to buy (ok I was rather late as the cd was out in September) their new release. “New”…hmm, not exactly “new”. Entitled “Early Rituals” here we are dealing actually with a compilation that gathers their first demos that originally were cut in cassette format, back in 1981, 1982 and 1986. “The First Demo” in 1981 (or as they call it “The Guardian Demo”), “Into the Fire” in 1982 and “Dirt Demo ‘86” in 1986. As you may already know 6 songs out of 7 that were in “Into the Fire” were recorded for their legendary debut studio full length “Court in the Act” (1983) and all songs that were in “Dirt Demo ‘86” ended in their 1986’s EP “Into the Future”. So it may not be the first time to hear these songs, but it is the first one to be collected all together (in 2011 the cd entitled “The early demos” had only “The First Demo” and “Into the Fire”). It is remarkable that these 3 demos have been recorded with 3 different singers, 3 different drummers and still the final result is more than awesome. The guitars are sharp, the rhythm section solid, the instruments are all audible (the remastering may help on that) while the songs are a fine example of extremely classy and timeless Heavy Metal. Satan showcase stunning songwriting and playing that still sound so relevant today. It is a must have for all worshippers of Classic Heavy Metal and N.W.O.B.H.M. indeed! 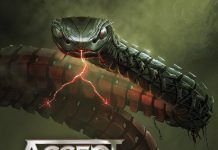 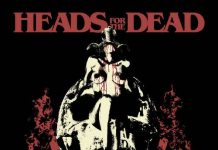 Heads for the Dead – Into the Red