It was a gig we’ve been looking for quite a long time the fans of the genre. It is what we call “a gig for the family”. We are equipped hours ago with beers, tsipouro, whiskey, wearing full armors with patches and our chains and we all had a big smile awaiting for the concert to start. Meanwhile, the ratio between the local audience and the one who descended from Bulgaria for this live was 50 – 50. Well, you might say that we travelled there for a live in an underground hangout in Sofia.

20:15 the doors open and the first ones got inside. Rampart opened the concert, a heavy metal group from Sofia, Bulgaria, with female vocals, which has actually visited Thessaloniki in the summer of 2013. Once they set foot on stage Eightball was filled with people, especially with a group of 40 friends of the band, who followed it from Bulgaria. Overall they performed 10 pieces, selected from all their record path. They created a very good atmosphere with fast speeds, which sometimes escaped from classic heavy routes and headed to more thrash trails. Characteristic of the group’s performance was the comfort their singer showed, a tall Rapunzel (talking about we’re talking about meters of hair). It was a very satisfying gig that left us happy, especially those of us who like female vocals in heavy sounds.

Time for the Athenians WAR DANCE to climb on stage. Epic heavy metal, with very well crafted guitars and a woodcutter in drums that singles out. We had the opportunity to listen to their fresh album, “Wrath Of Ages”, which is also their first full length. Almost an hour full of pompous music and sounds, ups and downs in the vocal ranges, with Lefteris Pletsa’s high vocals filling the venue. Impression caused the covers of Sarissa and Warlord to tracks as “Marathon” and “Lucifer’s Hammer” respectively.

Behold and their setlist:

The time was ripe and impatience grew. As night falls, like we say. And suddenly we heard the mighty intro of SCANNER. The crowd was amazed and started shouting rhythmically their name until the lights were lit and revealed them on stage. They started with “Not Alone” and “Terrion”, in which I do not need to analyze what happened. It was like a mother losing her child and the child his mother, we say and in Newcastle (not). Right after that we listened to the brand new “The Judgement” track, which was warmly embraced by the audience, who then accompanied Efthymis Ioannidis (vocals)sing along the lyrics to every song, even the new songs that followed, such as “FTB”, the “Battle of Poseidon” and the “Legionary”. Generally, we heard songs from their entire discography, as they had “threatened” us through their page, from the records “Hypertrance”, “Terminal Earth”, “Mental Reservation” and “Ball of the Damned”. For closure, they had prepared two of the most striking and most loved by the audience pieces, “Warp 7” and “Across the Universe”. Throughout the concert, the frontman cheered, thanked us many times for the opportunity they had to play again in Greek lands, made puns and teased the audience in fluent Greek. They promised to renew their appointment. After the end of the concert the band remained quite a few hours in the venue talking to fans, taking photos, always with a smile and happy mood.

The songs they played were: 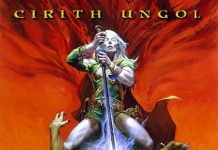 Cirith Ungol: Announced the release of a new ‘Ep 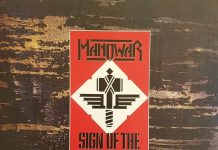