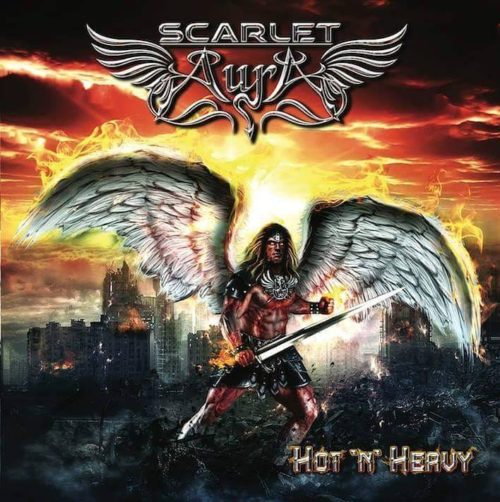 Scarlet Aura is a band hailing from Bucharest, Romania. Formed back in 2014, the band has released 3 studio albums, a couples of E.P’s, a live CD/DVD and has shared the stage with iconic names such as Tarja Turunen, Angra, Rhapsody, Nazareth and Sabaton. December 2018 marks the release of their new, fourth studio effort “Hot ‘n’ Heavy”, which is expected in the 11th, via Sliptrick Records. ”Hot ‘n’ Heavy” includes 12 tracks, that can really cause a confusion to be honest. The band has not obviously found their own sound yet and their influences/elements are mixed up. This is not always bad of course. Aura’s vocals are Leather Leone like, she’s obviously inspired by 80’s goddesses, such as Doro, Lita Ford, Joan Jett and Ann Boleyn, giving the record an oldschool vibe, while the music is pure, European, power metal, mixed with some classic heavy metal riffs. All songs sound unique, the entire record flows nicely, Aura’s performance is great, as well as all of the instruments are tied up and mixed nicely when it comes to the production. The entire work is beautiful and maybe the most mature one Scarlet Aura have done so far, but there is always time for an upturn. We would want to hear more from them in the future, since their live performances kick some serious ass! 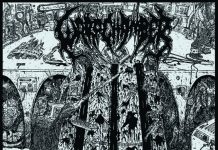