Spectral Lore is an Ambient/Black Metal project (One Man Band) formed in 2005 by Ayloss. The artwork cover for Ontrothon, Saga of the Ancient Glass has been completed, some excellent work courtesy of Moonroot Art. You can listen to the tracks that have been already released. plus 2 new ones on the bandcamp link below. The album will be released sometime during September. 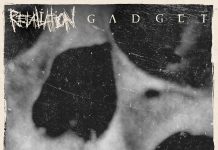