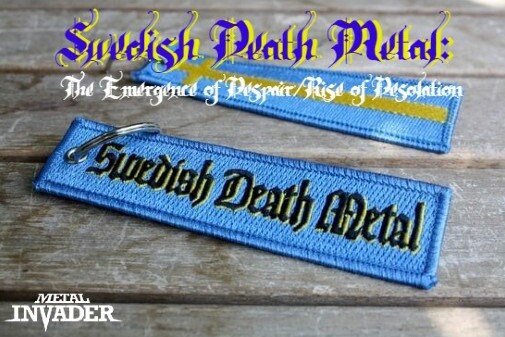 As we are already officially in Winter although this is rather relevant for Greece, we thought that this is a fine excuse for a hot coffee and a deep dive into albums with frozen sound like Winter… Death Metal the sub-genre that has been related with two main countries America and Sweden. We would say that the two biggest scenes mirrored in two albums. On the one hand the American scene based on the technical and clean production of Leprosy and on the other the Swedish one with a more punk sound, the dirt and the doomy aura of Severed Survival. I listed 16 of my favorite albums without having experienced the beginning or the influence if you prefer of all of them, so the point of view is purely subjective… Point of view or point of few … Let’s Go!

When I picked this up from the record store’s shelf I thought that a cover artwork by Dan Seagrave looks good… what was in the album though, was even better. Seance managed to make their own Pierced from Within in 1992, since it is an extremely technical album with drums of a high level of difficulty. If we could combine the riffs from Dark Angel’s Time Does not Heal, the fury of Darkness Descends, the demonic atmosphere of Hell Awaits and Johan Larsson’s monstrous lungs, this Seance’s album is the result. The most American-ish Swedish album, that not only did it look Deicide into their eyes, but it sounds supernatural and violent even today…

The side of feelings, of the heart, of instincts, of depth and of darkness. The left hand side is always the weaker strength-wise but it was the one that was once holding the shield. This is why this side is labeled as the dark one, due to its inward nature. The left hand path, is getting deeper and completes the fall… From the heavens to the pit. He who practises the dark arts, keeps falling from God, from grace, in order to fulfill the personal “Godhood”. I am my own God, master, slave and I will be beyond the grave… This album with the blue artwork and the left hand path, was meant to make history about the swarm of bees and the overweight guitar sustain, punk-ish powerchords and Petrov’s soul-reaping vocals. Besides the songs Bitter Loss, But Life Goes On and Supposed to Rot the album begins with the best song in music’s history. The self-titled song, crushes your body from the beatings and ends you with an astonishing guitar solo, influenced by the movie Phantasm… Let there be Swedish death metal…

Nothing But Dead Remains may have been quite primitive and sounded more like a band trying to find its footing but here EDGE OF SANITY made a monstrous leap creating a 60 minute masterpiece. From Enigma’s cello and recitation, Nocturnal liturgies, Everlasting’s chants (Everlasting, unapproachable, Neverending, the immortal one) to When all is Said bile in a skillful and admirable way, despair balances between as if unbalanced two related emotions, sadness and anger. The pagan Unorthodox is the most complete Swedish album and is signed by two notable musicians Dread (Infestdead, Marduk) and Dan Swano.

Bastard child with plenty of influences from Napalm Death and Grave, Crematory (fortunately nothing to do with the Germans with the same moniker) in 15 minutes will cripple your neck from the grooves, will stretch your brain nerves with the changes and you will finally obey to the absolute Death Metal voice of Stefan Harrvik who also served in Necrophobic. A night of suffering… the suffering of christ…/em>

The dark ruby of Sweden once again with Sunlight / Skogsberg’s signature. Okay, Deicide and Slayer may be obvious influences, but when Parland embroiders melodies and keystrokes, we have to shut up because we’re talking about a masterpiece. Personally I prefer the Death metal era of the band and after this album I was impressed on Mark of the Necrogram with singer Anders Strokirk again. The album is a synagogue of black dancing demons and melodic blasphemies. The keys to Awakening and the homonymous are riveting you and if your asshair do not rise at the slow point with the sophomore solo of Father of creation just get lost from Metal Invader you are wasting your time here.

Even Bloodbath themselves did not manage to overcome this blow on the unsuspecting scene, when everyone was polishing their sound and trying to play supersonic, Dan Swano acting like a guru turns the diary back and creates an honest descendant of “Transcend the Rubicon” and “Left Hand Path” with perhaps the first retro band ever to play old school Death metal with all its purity and violent simplicity – Brutality Comes Through Simplicity…

While European Death Metal struggles to be kept alive, there comes this album! The band, being formed right on the edge of the 20th century, celebrates with this album a decade (officially formed back in 1989). 30 minutes of perfection! Really balanced and professional Death Metal once again from these guys. Sodom’s dirtiness and hardcore elements of Napalm Death, along with a phenomenon drummer following the steps of Lombardo and Mick Harris. Cover of GOD MACABRE seals the album and VOMITORY make this one something to be remembered for …

Fistful of rage, bands’ second album tears down the walls, demolishing whatever comes in the way. Pear- shaped sound on the guitars and bass’ heaviness stands out in their new album, called Osculum Obscenum. “Pleasure of Molestation”, “Inferior devoties”, “Infant Sacrifice” give the order for submission. “Masse” Broberg on his latest album stands out for his insane vocals and screams similar to those of Deicide.

Cannibal Corpse have released “Vile”, Cryptopsy “None So Vile” but none of them hold the keys of the sanitarium. Deranged with Berno Paulsson in the production (Crown of Thorns, Seance, Amon Amarth) released something really insane. 11 songs equal to 11 circles of death (wells of death). Guitars on the edge, vocals spitting out pieces of broken chains and Rikard Wermen (Murder Corporation) “executes” with military precision. “Robber of life”, “With The Silence came horror”, “High On Blood”, “Razor Divine” my favorites from the album. Outro comes from Exorcist 3. All 40 minutes flow like blood gushing from the abdominal aorta while sanitarium’ patients see you as behind their bars like long forgotten friends … they invite you to come inside…

TREBLINKA’s succession comes with the TIAMAT’s debut album, produced at Sunlight studios, before the release of Left Hand Path. Innovative, dark and eerie, the Sumerian cry is a worthy descendant of Morbid Visions and Bestial Devastation, as well as of Rigor Mortis / Immolation. The hard skin on the drums seems to be from Sarcofago origins. The vocal through the dark and misty rooms, are a blend of whispers and creepy effects, something that will later affect also Beherit, Lemegethon etc. Lone as wolves, and not suitable for submissive crowd. Pure and naturally produced extreme metal on its best.

We ‘re talking about a very special album with a fantastic drummer and really well written. Splenium For Nyctophobia is recorded at Unisound studios by Dan Swano, and was released by Greek label, Unisound. Top notch compositions, pluralism of ideas, reminds Edge of Sanity and Bolt thrower, without though losing their personal identity. You shall go over it again and again as it has not only speed but classical elements, and typical Swedish melodies on the riffs, but also innovative parts that trigger expand your music horizons.

GRAVE – Into The Grave

I still remember the shivering when they played Deformed in Athens in 2009. A landmark record, with incredible power, subterranean darkness and signs of anger and despair. I would comfortably describe it as the Dawn of Possession of Sweden. 11 tracks all crack your sides with continuous beats: In Love, Obscure Infinity (my God!), the homonymous with the keys and the kicks underneath in the introduction until the eternal screams of Banished to Live…. Epic! 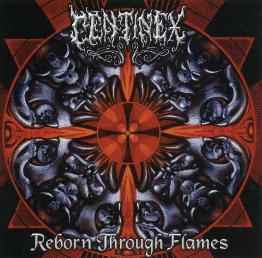 Yes, maybe there are more classic albums missing from this list, but Centinex won their place here because they are not just a bubble ready to pop and dissapear. They have a life span of 30 years already and they are steadily releasing good albums and they are showing they have it in them. With 11 albums, this is their 4th and possibly their most mature one. With their own sound established already and with an exceptional production from the duo of Pettersson/Skogsberg and of course with Joe Petagno creating the album’s artwork apart from his work with Sepsism, Incantation, Angelcorpse and more, Martin Schulman and his mates, created a collective of ideas with fast tempo, massive drums, possessed vocals and melodies that for sure will sweep you away with the addition of an awesome cover in Kreator. 40 delightful minutes.

UNLEASHED – Shadows In The Deep

Unleashed is the band with one of the coolest and with flawless design logos. The band that also honored the debut of Autopsy and remained consintent and honest over the years. Playing at 45 rpm the perversions of Cutler, Coralles, Reifert, with emetic vocals and abominations of a shitty soul bringing in mind early Morgoth. The Immortals is one of the most epic tracks of all time and reflects the theme of the band by raising legions of melee battles. With a rattling in their sound, the galloping rhythm and the reptilian melodies, Unleashed created their own identity. Century media then printed very high quality heavy cardboards and insert booklet with special gold and silver and other colors.

Let’s start upside down here… Dreaming in red..what can one say about this composition that is enthroned in the pantheon of creations. The occult style in the introduction bass and the enriched solo emotions will bend you. No? The track unfolds and turns wild. Wait … there’s more… Skinfather, Case Obscene, Reborn in blasphemy, 9th circle… Dismember have repaid Autopsy with the cover of Pagan Savior and put their own ransom in the creation of the scene, you probably know their story… if you don’t, then you must start immediately.. and do not google Dismember but type Carnage!

One of the heaviest albums in terms of volume and emotional intensity along with Cenotaph’s “The Gloomy Reflections”… in my humble opinion. An album that took years to be appreciated due to its small distribution. Its slow parts plunge you into the deepest darkness and hit you like sledgehammers on the chest. The sun is hidden in the symbolic artwork cover and its melodies look like balm for your soul that is trapped in a web of despair and isolation. Recorded in a cold winter in Germany with a particularly dry tone on the guitars and inhuman vocals with hymns such as My Ending Quest, Memorial, Obsequies of Mankind, Silent Hymn will really enchant you.

For the Swedish Death Metal keychain: 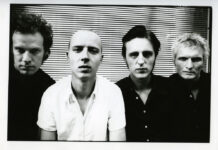 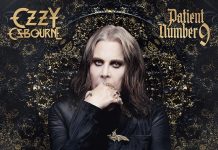