Saturday, December 13th 2014, evening. Ladadika filled with people, beer cans, and small groups of people full of smiles. Everybody is ready for the concert event of the month. Doors open at 19:30. The first wave of the world enters 8ball club. Shortly after 8, the concert begins.
The first band that made its appearance is the Disasters. Known to the local audience, with many appearances in the past from time to time and characteristic humorous – satirical lyrics undertake to heat the public. The set includes old and new songs and their own well known cover versions of notorious tracks, but with a more humorous twist. More specifically, the band performed the following pieces.

The stage is sieged by PTOMA. Extremely dear to the local scene of extreme sound, with a tradition of great performances. Tonight was no exception. Their set included songs from their first full length album, “Shit Into Existence, which was released in May 2014, and two new songs, probably to be released at some point next year. The response of the audience was warm, rewarding the band with applause, whistles and continuous dance in the middle of the club. The tracks performed:

It’s time for the mighty Serbs crossover-thrash group Nadimač to take its place under the club’s lights. The last time they performed in our premises was in January 2011 as part of the local festival, Sparks on Fuel, in which they referred to in order to thank us for the opportunity to play again for us. This time the world was even naughtier, with slams and kicks prevailing throughout the course of their appearance. Nadimač thanked repeatedly the audience for their presence and made particular reference to a group of friends that followed them on many kilometers just for this concert. Their set included pieces of their three full lengths. More specifically:

Next to climb on stage were Athenians Exarsis, much excited and full throttled due to the fact that it has been a long time since they last performed in our city. Their goal is the promotion of their latest full length album, “The Brutal State”, which was released in March 2013 by MDD. From the first moment, they had the full support of the audience, who sang along with the band and -as expected- bodies were stage-diving over and over again. Although their setlist was kind of restricted, they kept the audience satisfied and contented themselves with their performance, judging by the smiles all of them had during and at the end of their appearance. Their setlist included:

As the night passed, the eager for enjoying Tankard grew fonder. A mini power failure and patience to restore the damage was enough to drive us crazy. Necessary movements to take care of the power issue were done to restore the order. The biggest band of the evening is ready to go, the world chock – filled the store. Once Tankard went up stage, they shook the whole city. Smiles, voices, fists up, heads banging to the beat, continuous mosh pits in the middle of the club, what else would anyone want? Chaos. Period. Literally Mother loses child and child loses mother, as we say in Greece. Chances given, our favorite Germans thanked the audience for this experience, made jokes with the world in front of the stage, danced with them, shared beers, jumped back and forth. The songs performed were a mini course throughout the history of the band, from their first release to the last, the “R.I.B.” (“Rest in Beer”) which was released by Nuclear Blast last June. Even though the concert lasted more than expected, the band remained in the area, discussed with the remaining audience, took pictures and signed discs. After a brief conversation with Gerre, Olaf and a few beers, I deducted their joy of performing once again in Greece, because every visit is a guaranteed success and the made a promise to renew their date with us soon. 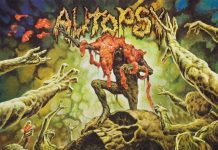 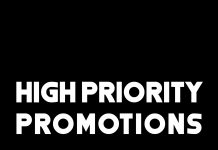 New dates for UFO and Paradise Lost in Greece