Τhe Black League is a heavy metal band from Finland formed in 1998 by Taneli Jarva (ex-Sentenced, ex-Impaled Nazarene), that became famous only in Greece… unfortunately! I say unfortunately because even in Greece the average metalhead (is there such a thing I wonder) is not aware of their existence. Their debut album ICHOR (2000) is a pure masterpiece. Fourteen years have passed since then and I can still confirm that is a straight 10 out of 10! We are talking about dark, lyrical, heavy metal at its best form. Imagine the shock of making an album that is even better than your previous godly one and your career takes the downhill. The previously released album of Taneli was Amok (with Sentenced) in 1995, having sold more than 35.000 copies worldwide, followed by tours with Samael and Tiamat who were fuckin’ beasts at that time. Their second album UTOPIA A.D. (2001) followed almost the same tight path with Ichor, and then they became a bit more groovy heavy rock/stoner in their next album entitled MAN’S RUIN REVISITED (2004). Man’s Ruin Records was an independent American record label that had released almost all the stoner rock albums of the 90’s (Kyuss, Nebula, Qotsa etc), so the name of their album was just shouting it out. 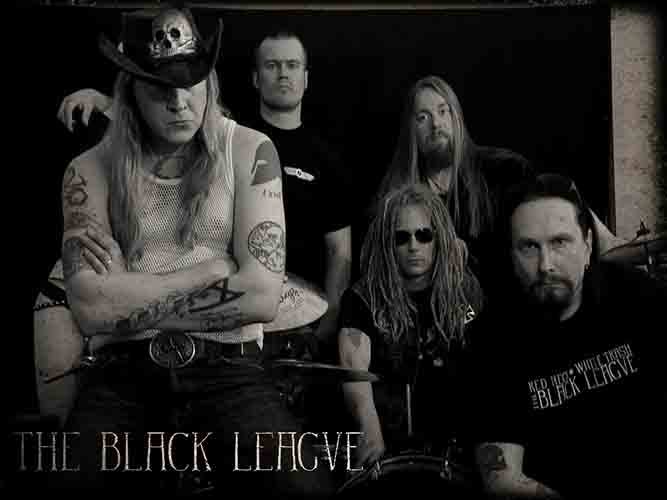 Of course back then in Greece the stoner community was a minority, consequently their short fame period died with this one. I remember when Metallica came 1999 with Monster Magnet as a support act at Rizoupoli, I have noticed only 5 Magnet t-shirts including mine. Moreover, the Fu Manchu concert in Thessaloniki the same year managed to gather only 100 people. Today that stoner has become something like a trend in Greece, still no one is aware of The Black League, of this album, and of their next one called A PLACE CALLED BAD (2005). Their last album GHOST BROTHEL (2009) is maybe of mix of whatever they have done in the past, more mature rock with a few 3D influences… Danzig, Doors, and David Bowie.

Anyway, whatever is your musical thing you have to check their albums! Ichor and Utopia AD for full metalheads, Man’s Ruin Revisited and A Place Called Bad for stoners and Ghost Brothel for more mature rockers. If you like what you hear go to their Facebook profile and learn how you can get one of their albums! Another thing that indicates how underrated they are, is the fact that they have only 1182 likes. FB likes don’t buy you albums, but still is a way to measure your fanbase. Let’s increase it! ONE COLOUR BLACK!

PS: I don’t think that the Greek helmet featured in the cover art of their first two albums, or the Greek name ICHOR (IΧΩΡ) of their debut album had anything to do with their success down here. 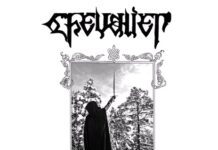 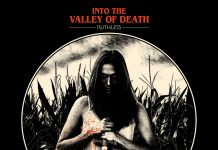 Voices From The Underground: “Ruthless” by Into The Valley Of Death 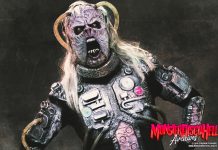 Interview with Kone of Lordi