“The Old Enough, The Unnoticed And The Devil’s Soundtrack”

could easily be described as a rather magniloquent title by a lot but if you read a few more lines you would definitely disagree with those flippant readers. Actually we are dealing with a common as fuck title that simply describes what kind of albums (or bands) answers to at least one of those characteristics you can find in this column and its articles.

The Old Enough Western way of life has no time to spend to anything else than activities or habits that involve the generation of wealth. So there’s no time to “invest” to a release that will be forgotten in a less than a time period of 6 months (or less). Only few have the luxury or the mood to freeze time and listen to a record in the traditional way. Time passes so fast, so brutally and many notable and remarkable records just lose their opportunity to find the major audiences in proportion to their quality. Does it have to be strictly a metal album to get our attention? Nahh… Revolting Cocks, Kakoranger & Street Sweeper Social Club works’ are also welcome here.

The Unnoticed On the other hand, the phenomenon to give credits to an album, where the mass initially ignored, 15-20 years after its first release is a probably weird practice fans of all subgenres of metal do through time. So many forgotten gems, so many unsung heroes of our music (or close to it such as punk & hardcore), -and so many pioneers that were ahead of their time- just waiting patiently for some crazy retro mania or a state of nostalgia from the populace, that may not ever come… Sabre, Cortex, Fu Manchu, Midnight Darkness & Vanguard are just a few of the names you can find here.

The Devil’s Soundtrack Apollyon, Beelzebub, Lord of the Flies, Lucifer, Mephistopheles, Satan, and Devil…are synonyms of a creature that symbolizes and personifies the opposite of maintenance that refuses to be condescended. It’s not a religious or an anti-religious theme; It’s all about how you see your life. If you see yourself as a sheep that needs a shepherd or you see it as a wolf. Devil is the witchery and Heavy Metal is His music. However it’s not the only one; Dark sounds, mysterious artists & occult lyrics that worship lust and sin can be found in other music genres as well. King Dude, Ghost, Coven & Venom have more in common than you can hear and much more than you could ever imagine. 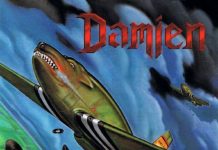 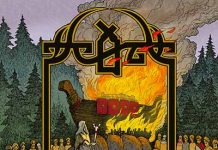 Scald – Will Of The Gods Is Great Power