A new Thunder album. And that is enough. For those who adore them it is more than enough actually. For the rest that you haven’t yet fallen in love and you don’t shake in fear only by the thought of it, yeah, it is not enough. It’s ok, you are lucky and you should keep it that way, you ‘ll save your liver also. But I can’t escape that easily and I have to write a review also. Let’s go. The album begins with “No One Gets Out Alive”, s simple, rhythmic, good-times song. They always had songs like these. The next one in the same vein but clearly better, with a catchy riff and a vocal performance from God which is simple, but filled his distinctive style. And an easy passage before the solo to build the atmosphere just after, this is a very Thunder-ish tune. Then comes “She Likes Cocaine”. From the title you can tell it talks about the story of a party girl (also some “black” backup vocals appear in the chorus). It is better than what you expect from its beginning, with a very nice bridge. “Right From The Start” and the first bottles are opened. It is melancholic, with a British lovesong quality, the guitar is weeping when soloing. A song to accompany a lot of drinking sessions in the future. “Snakedown” and back we return to the rhythmic songs. This is the most metal (if I could say something like that without the true metalheads start chasing me) song of the record with some hard guitars, Thunder hard that is. “Heartbreak Hurricane”… here we are. Keep the wheel straight and goodbye cruel world, goodbye. Start bringing whole cases, bottles are not enough. One advice: Don’t check the lyrics because your heart will go black and (if you are close to any bar) your wallet will go empty. If you survived this one, here’s “In Another Life” to teach you a lesson. Those punks want us dead; I can’t explain it any other way. Amazing lyrics full of pain. Are you ok? Then comes one of the best of the album. And it is not a ballad. It kills. Live it should be a sheer pleasure. But when am I going to see them live? “The Enemy Inside” and we all survive, they showed some mercy eventually. With its rhythm we get the impression we are alive and we believe that we made it. It is a tumbling down, mid tempo tune, simple but with a chorus that is aching. And I thought I could get escape, damn it. “There’s always A Loser” and even though it starts calmly, better not to check the lyrics again. They can melt you down even with songs you don’t expect. Let’s go for the closing. Thunder’s characteristic is that: Their songs always are so much better when played live. Even songs that you listen to them and you go “Ok, nothing to go crazy about”, when played live they turn to hymns. So, don’t expect me to talk bad about any songs in “Rip It Up”, because most probably I will watch them in a live clip and lose my mind. For the rest, I said it already. You are lucky, may they never get under your skin, and this means that you are not devastated. (Not yet, as we villagers say). 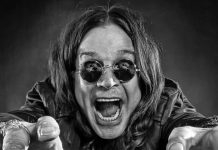