On June 16th, Brooklyn’s Tombs will release their fourth full-length, The Grand Annihilation, via Metal Blade Records. Produced once again by Erik Rutan (Cannibal Corpse, Soilent Green, Belphegor, Hate Eternal), The Grand Annihilation remains rooted in the blackened, post-metallic sound that the band has become known for since 2007′s self-titled EP, while also being their most experimental record to-date. For a preview of the album, the first single, “Cold”, can be streamed at: metalblade.com/tombs – where The Grand Annihilation can also be pre-ordered. 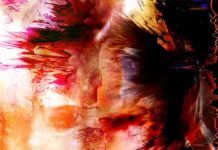