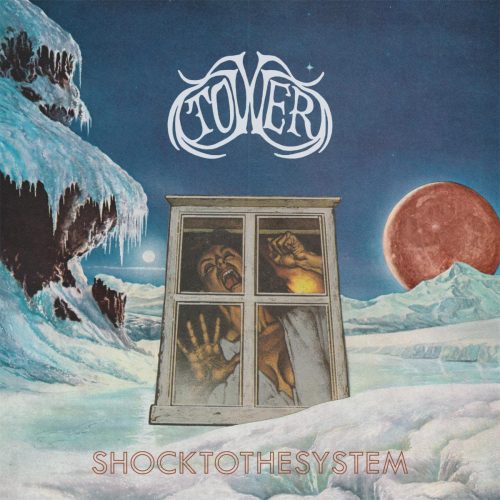 If something makes Heavy Metal unrelenting is its ability to create so many underground quality bands that pop up every now and then from all around the globe. More than 50 years after its birth the genre seems unstoppable on making new heroes that wait patiently (the unfortunately growing older and older) for metal masses to become partakers of their art.

Side by side with these underdogs some small independent labels that hold the flame burning so bright that it is impossible for not make you love them and support their effort.

Cruz Del Sur Music is one of these labels that work like defenders of the faith and Tower is one of these bands that have the skills and the potential to become your new favorite ones.

Tower are hailing from New York. Tower was formed in 2015. “Shock to the System”, is their second studio album after the self-titled debut in 2016. Based on their guitar duo featuring James Danzo and Zak Penley Tower have studied perfectly the Maiden and Mercyful Fate dual guitars where the galloping rhythm is enriched with melodic sharp riffs and brilliant soloing full of intense and power. As the rhythm section is rock solid and follows the guitar lines all eyes are on their singer Sarabeth Linden. I hate the term female fronted especially when it is used as if it is a different sub-genre and as this woman has a divine voice so suitable to these certain compositions; her balls seem to be much bigger than any mediocre wannabe that just screams or yells without any talent just because he (or his mates) think he is a singer…

Chastain’s “The Voice of the Cult”, “Ruler of the Wasteland” and “The 7th of Never” and how Leather Leone’s voice dominated our dreams must be Linden’s leading light, while her voice has many times the tint of Janis Joplin as well too. The more-than-awesome guitars have several loans from 70’s rock and even early speed riffs while Zak Penley and James Danzo seem to know very well how to borrow a plethora or N.W.O.B.H.M. tricks in order to enrich their arsenal.

It’s not just the band’s excellent performance, nor the brilliant songs, or the warm production, neither the catchy guitars nor the choruses that stick to your mind…it’s all the above together and each of one separately that makes Tower’s “Shock to the System” one of the strongest albums of 2021 and a gem that can stand next to Visigoth’s “The Revenant King”, Eternal Champion’s “The Armor of Ire”, Riot City’s “Burn the Night” or Sanhedrin’s “The Poisoner”, just to name a few of so many other treasures of our music that may not have so much commercial success but have all the “package” to be considered as future classics.

The album was recorded this May and June at Artifact Audio in Ridgewood, New York, with Sasha Stroud serving as co-producer and engineer. The album’s cover was created by Morgan Jesse Lappin.

Highlights: “Prince of Darkness”, “Hired Gun”, “Running Out of Time”, “Lay Down the Law” and “Blood Moon”.

The Halo Effect: “Feel What I Believe” Single Premiere 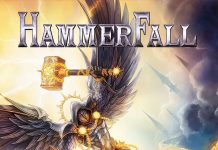