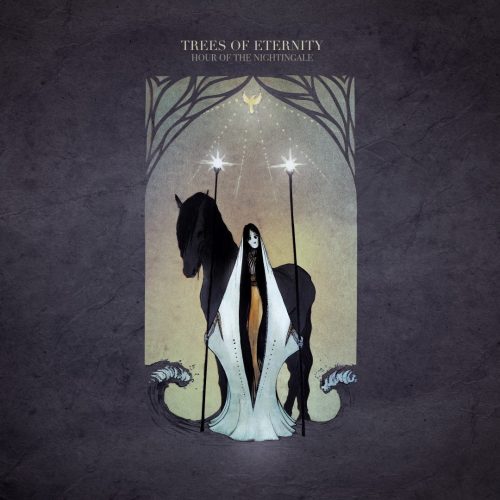 Trees of Eternity was a project which, although ran for a short period of time (not even for seven years), immediately caught someone in the eye, as it was a case of what we call “supergroup”. In the lead, Aleah Starbridge, the “nightingale”. Aleah was accompanied by Juha Raivio, her real life partener, known for his tenure in Swallow the Sun, as well as Kai Hahto, whom we also praised in Wintersun and now in Nightwish. Guitar and bass, come from the Swedes, Fredrik and Mattias Norrman, the two brothers we met through Katatonia and October Tide. Trees Of Eternity managed to release only one album through their 7-year run, “Hour of the Nightingale”, via Svart Records on November 11, 2016. A band that if they had a better fate, they would take off in the pantheon of the doom gods. A special aesthetic, which touches the death / doom paths, which follow the gothic elements to a much lesser degree. Within an hour of the “Hour of the Nightingale”, the team, which is torn between a bunch of Swedes and Fins, explain in the best way possible that melancholy, sadness and pain are a Scandinavian affair, although very close to the well-known “triptych of Peaceville”. A band that touches a great deal the Draconian aesthetics but still has this special signature that you do not hear everywhere. Mainly because all the musicians who contributed in the creation of the “Hour of the Nightingale” leave their own special signature on the album, without “dressing” the Trees of Eternity with them. It’ s a pity that their fate wanted to be dissolved so ingloriously, on April 18, 2016, the day Aleah passed away, but was reborn through the album a few months later. After that, the album acquired a completely different atmosphere and meaning, this melancholic attitude is not even hypocritical after all. 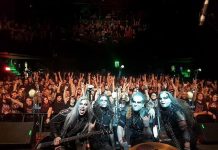