The current death metal scene is growing towards all weird directions, and while things were more straightforward in the nineties, bands today pay attention to different characteristics in their music apart from sole technicality and speed. Vastum come from the US and they count three full length albums in six years now, being part of a breed that executes the genre with elements of punk and crust, a slower pace and always a dim atmosphere.

Their new record “Hole Below” is just the case and not much have changed since their last offer “Patricidal Lust”, apart from a bit heftier production that I prefer and a less colorful cover. There are six tracks and thirty seven minutes of music here and what you’re going to hear is a powerful sound full of easy to follow, memorable riffs. The band has clearly found it’s sound and it’s slowly perfecting it, adding bits and pieces of better musicianship in their song structure and composition.

I was going to say how the vocals are awesome and bring bands like Funebrarum and Acephalix in mind, but then I realized Vastum share members with Acephalix and their singer is the same guy, so yeah… Daniel Butler doesn’t care about high screams that much, since this record is meant to bury you alive and that’s done only with deep, dismal vocals like the ones he performs here. The riffs are toxic and at times, a solo might pop up (listen to the long “Empty Breast” that closes the record).

“Hole Below” starts off with an attitude to hook the listener up, since the first track “Sodomitic Malevolence” is one of the catchiest in the whole album. It starts of with an abstract, noisy introduction before bursting into the main part of heavy riffing and brutal vocals. I also enjoy the third number “In Sickness and In Death” with is a lot Autopsy-like, and many moments in the record I thought of the band as a darker version of Bolt Thrower. So know what you’re getting into.

Vastum are definitely one of the bands you have to listen to, as they’ve put out something remarkable this year. This record will probably build up the urge in you to listen to it again, since it’s beautifully simplistic, yet interesting enough and it’s quite heavy as a whole. I haven’t heard their debut album but I can say that “Hole Below” is close to the previous record (which was highly praised two years ago) and even better, I’m positive underground maniacs around the world have already absorbed it. 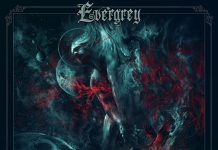 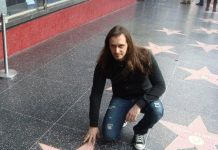