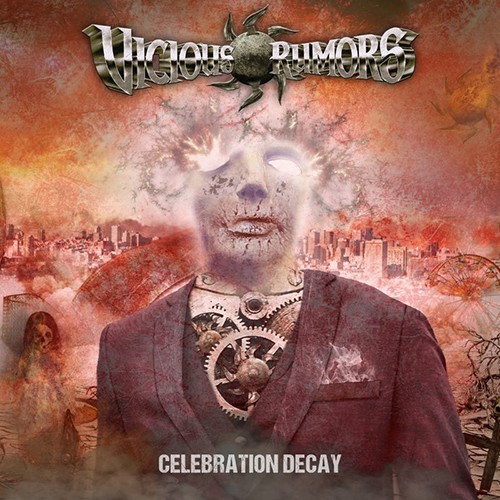 Sometimes you see a new release from a band that you know you can trust to, even if you haven’t heard a single note from their new work. It is one of these bands that you appreciate and feel happy that are still and write new material. That’s exactly how I feel about Vicious Rumors. As they have delivered some glorious albums in the past such as “Soldiers of the Night” and “Digital Dictator”. Speaking of the 30th anniversary tour of the last mentioned album, this caused the delay of the new album’s release. But on the other hand this nostalgia tour bonded the band and gave them extra energy and inspiration, something obvious in “Celebration Decay”. Geoff Thorpe on guitar and Larry Howe on drums were the usual suspects as their quality is well known among their fans, yet we have new additions that dynamically left their mark on the new record. Cody Green’s bass sounds loud and he has the space to show his skills. In general, it is a pity when we hear productions that the bass is hidden and there are many out there that the bass is not even audible. On vocal lines, Nick Courtney “nails” the songs and especially on his high-pitched, he reminds me of Ralf Scheepers (Gamma Ray, Primal Fear). I left Gunnar Dugrey last one, as despite his young age [22 years old], he seems to be a very capable guitarist. I do not need to say anything about the oldest members of the group, we know them, and we trust them. “Celebration Decay” is an album that from the very first minute gives you the impression that it features some classic Vicious Rumors tracks, such as “Pulse of the Dead”, “Arrival of Desolation”, “Death Eyernal” and “Collision Course Disaster”. There is diffuse energy as well as melody, a trademark of the band. But not all the compositions stand on the same level though, but overall we are talking about a very good record that will satisfy their fans.