Voidcraeft is one of the extreme metal bands that caught my eye right from the start, with its relentless releases in the past two years. It’s a one-man band and the artist behind it prefers to be named like the band itself (Voidcraeft).

“Ἕβελ” is Voidcraeft’s third full length and most mature record that shows his personal and musical growth. It’s an unusual record. “Ἕβελ” is experimental / atmospheric enough, with a plethora of “Orthodox” Black Metal elements, though traditional Black Metal playing is its solid basis. Thirty – nine minutes of challenging, chaotic Portal-esque riffs and beats that offer an unsettling, uncomfortable experience while being utterly perplex sonically and intellectually. The longer you are exposed to its magic, the tighter you’ll be embraced by it.

The record’s lyrical themes include the renunciation of all earthly things, emptiness, atheism, the reach for the void etc. What’s pretty exceptional with the lyrics is the fact that they are written and sung in Biblical Hebrew and Koine Greek. Reading the New Testament and the Hebrew Bible served as source of inspiration. As Voidcraeft himself has stated: “The ordeal lasted for seven months. Since I have a keen interest in foreign languages, I did not only read the English translations but also the Greek, Hebrew and Aramaic sources every now and then. I was constantly making notes, which I later reassembled and slightly modified to write the lyrics for this release.”. For those who are troubled about the record’s title, “ Ἕβελ” (pronounced “hevel” or “havel”) is an Ancient Greek transliteration of the Hebrew word for “breath” or “vapour” and it “references both the Hebrew and Greek album segments”.

Singing in Biblical Hebrew and Koine Greek is quite a difficult task. I’m a native Greek speaker and through my experience with foreign speaking friends I came to realize that the pronunciation and accent of Greek words can be perplex and baffling. However, that’s now the case here. Voidcraeft has made an excellent job practicing in Greek language, to the point where a native Greek speaker can understand what Voidcraeft’s saying without reading the lyrics in parallel. I got no clue on how he’s doing with the Hebrew section of the record, nonetheless I’d really like you to comment under the review your thoughts if you speak the language. I’d truly appreciate some feedback on the matter.

Musically speaking, the guitar work is magnificent and what actually serves as the backbone of the release. Voidcraeft’s characteristic playing of sick and twisted melodies that vary in rhythms and density is the most essential substance in building the record’s mesmerizing atmosphere. I really took pleasure in the slow – riffing moments, when the guitar sounds like it is weeping. Generally, the compositions are highly intriguing and need time to settle in. They’re difficult to understand, let alone to get attached to.

There are some people that think that the snare drum’s sound is crappy, though I think it’s one of the characteristic features of “Ἕβελ”. It may seem that it wasn’t properly mixed well, however I get the notion that it was deliberately decided to sound this way. For me, no appetite is spoiled. On contraire, my interest is even more enhanced.

“Ἕβελ” is one of the records I frequently listen to, as it has grown in me. Every hearing feels like the first one. Different details are noticed each time the record spins, different emotions are triggered. It has the unique quality of adjusting to your mood, intensifying any feeling / emotion you’re experiencing each time you’re listening to it. Obviously, it’s preferable to spin after midnight hours, when you’ll mostly succumb to the embrace of darkness. It’s a jaw – dropping, spellbinding record that I’ll certainly withstand the course of time and will be considered a classic in the years to come.

The record’s cover art is a creation of the infamous Norwegian artist Sindre Foss Skancke.

“Ἕβελ” has been released in both digital and CD format by I, Voidhanger Records.

Recommended for fans of Deathspell Omega and Cult of Fire, or experimental Black Metal in general. 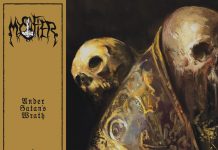 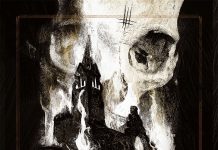