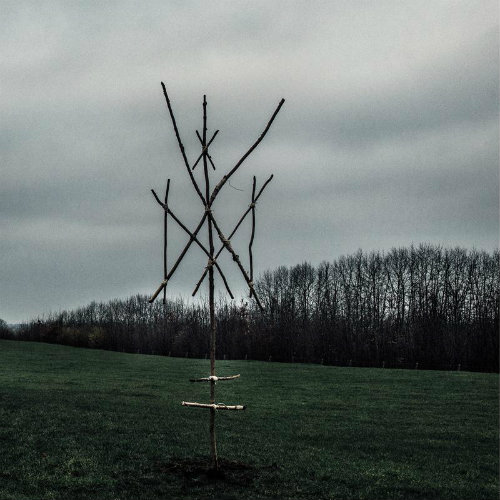 It is common among movie critics to debate over the best trilogies in the history of cinema, by comparing essential lists and there are countless related articles on the internet for us. Similarly, but in a much smaller magnitude, black metal enthusiasts also like to pinpoint the best concept trilogies that exist within the genre, and there are some of them considered classic, by classic bands. In the future, it is not totally unrealistic to add one more member to the flock, that being Wiegedood’s “De Doden Hebben Het Goed”, which is now complete with their latest installment “De Doden Hebben Het Goed III” on Century Media.

These three albums have strong bonds with each other, sharing the same titles in parts I-II-III, they have similar (and beautiful) covers, they all consist of four tracks and last around half an hour each. Another interesting link is how the third track here is the self titled one “De Doden Hebben Het Goed III”, as it happened with the third track of the previous records, and in this case it was also a promo track released with a very peculiar video clip, that I personally don’t see a meaning or reason for existing.

And by mentioning this, we can leave behind basically the only disadvantage of this release, which might be the highest among three very potent records of the recent years. Wiegedood’s line up features members from Amenra and Oathbreaker, common suspects in the current breathtaking Belgian sludge / hardcore scene, but this project is the closest the musicians have gone towards black metal, and it’s remarkable how well written and immersive their ideas are in all of their material. The band has a trademark, forceful sound, which extracts its energy from the essence of black metal riffing in the most organic way possible.

Dripping in highly memorable melodies, the tracks in “De Doden Hebben Het Goed III” are vibrant with agony, provoking a very painful, but in the same time, truly dominating atmosphere. Wiegedood use clean guitar parts once in a while, as they are used in Cascadian or atmospheric black metal today, but this is also done masterfully and they do not fall into the track of stagnation as many other acts around that style suffer from. This is an album that is raw, intense, and truly captivating, offering some of their best riffs to date and in general, it looks at “good” black metal albums in the rear view mirror already.

Dealing with the four tracks, “Prowl” opens in a dynamic manner very similar to Wiegedood’s style, sparing the first second with a plain, high pitched scream, that depicts the vocal style of Levy Seynaeve in the whole album. “Doodskalm” has guitar melodies that got me on my feet when I listened to them because of their huge intensity and because of a couple of riffs here, it is definitely one of the best tracks of the band so far. As it unravels, it gets into a more somber part with an eerie ending and gives way to the longest, twelve minute self-titled composition.

It feels like “De Doden Hebben Het Goed III” has the emotion, the musical variety, the rawness and the merit to stand as a black metal masterpiece, with subtle hints of the older, traditional genre structure from twenty five – thirty years ago. Some distant soloing in “Prowl” at some point, are in a way, placed like how Quorthon used to use them in the very first recordings. Also, doesn’t the main melody of “De Doden Hebben Het Goed III” remind of the first Burzum album, and the structure of “Ea, Lord of the Deeps”? A not totally correct, but still playful thought. And then, the furious and unstoppable “Parool” closes the album as harshly as it started, making it hard to think of reasons to condemn this album and its music is as convincing as can be.

I can see you sweating in tears when listening through this piece whole and Wiegedood have conquered enough already, but it was with this record that it exploded for me. I hope the echo lasts for many years considering this pack of three albums, and I am excited about their next steps.