There’s a legendary movie from 1947 starring Humphrey Bogart and Lauren Bacall. ‘Dark Passage’ is the film, based on the novel of the same name by David Goodis. In the film Bogart has been unjustly sent to San Quentin for the murder of his wife. He busts out and gets the help of Bacall who gets him into a plastic surgeon, where his features are altered so he can avoid a new arrest, while he tries to find the real murderer of his wife. The great about this film is the technique where Bogart before the surgery never appears on the film. The whole sequence, from jailbreak to the surgeon, is portrayed through Bogart’s eyes by a first-person camera (as in film noir ‘Lady in the Lake’, also from 1947). There’s a scene with the front page of a newspaper that shows the photo of the fugitive, the face is not Bogart’s of course but some other’s actor. The new face is unveiled after the bandages have been removed and the rest of the movie is now told in a 3rd person film noir style. There’s a magic on this period of Hollywood, a dark aesthetic and some tricks that shows people/artists that really loved of what they we’re doing. And without overusing technology they were putting a little bit from their selves, a small part of their soul in order to create something unique. And you know what I’m trying to say…as you must have heard it a thousand times before and even though there’s a lot of truth about it; fortunately it is not 100% a fact. But damn it they don’t make films like this anymore! No I’m not going to cry and say the same thing about Heavy Metal!!! We all know there are still many bands out there that hold the flame burning. But listening to Wolf’s Edge of The World makes you understand that there was an era so different than nowadays where music was above all. The songs, the lyrics, the atmosphere, the feeling, these things were important, nothing else. Not for labels, but for the fans and the bands these 4 things were everything.

Originally, forming in 1977 as Leviathan, the band changed to Black Axe and finally to Wolf after a ‘kindly suggestion’ from their record company. Carlisle-based hard rockers Black Axe would gain a small reputation and recognition three years after the release of the ‘Highway Rider with Red Lights’ single. Despite the weak sales the single led to a major recording contract with Chrysalis Records. Signing with Chrysalis proved to be a fatal mistake and the company was only capable to provide to the band, just a new name, Wolf. So in 1982 one of the best 7” singles that came from the NWOBHM movement was recorded for Chrysalis. ‘Head Contact’ featuring Soul for the Devil on its B’ side was excellent, metalheads loved it but a recorded album was shelved and the group dropped from the company roster. When everything was leading to annihilation and obscurity ‘Edge of The World’ came out. But only in 1984 via Mausoleum Records…and as we have mentioned several times before, it was too late for a N.W.O.B.H.M. band to make it big when everything was changing so rapidly in music industry.

Musically speaking there’s a lot of Rock ‘N Roll vibe with a smell of alcohol and sweat all over the 38 minutes of this pure Hard Rock/N.W.O.B.H.M. album. There’s a variety of speed, mixing perfectly some slow rocker songs with a couple of upbeat rockers that combine 10 anthems of 100 % Heavy Metal attitude, dressed (to kill) with a bluesy aura. Of course 33 years after the original release no one can notice that some of the material was 3 years old. After all some songs have this timeless authentic and quality that makes them immortal. The production is dirty and definitely not polished. Younger audience might find it rather weak. It is meaningless to make them understand that this organic, analog sound is all about Rock ‘N Roll/Heavy Metal is all about. Just imagine the fantastic raspy, throaty vocals of Chris English -that may bring you in mind a little bit less hoarse Rod Stewart – on a crystal clean cut album. The sound is raw with thick distorted yet melodic riffs. Please add the sweet leads and the light reverb that makes the dry guitar tone so charming to our ears. Some occasional keyboards add some volume and are suitable to their music vision. Stand out moments the opener ‘Edge of the World’, ‘Highway Rider’ , ‘Shock Treatment ‘ with the sharp and rough to the touch rhythm guitars , ‘A Soul for the Devil’ that is made to be heard in drunken lonely nights sitting on bar, the ultimate anthem ‘Head Contact (Rock’n’Roll)’, ‘Red Lights’ that is probably inspired from Deep Purple’s ‘Highway Star’ and the shocking closer ‘Medicine Man’.

High Roller Records re-issued it, with a specially mastering for vinyl by Patrick W. Engel at Temple of Disharmony Studios. There’s also the cd version, but all you vinyl lovers just hurry up ‘cause the black vinyl is already SOLD OUT and there’s only the white vinyl AVAILABLE. No excuse for not having it on your collection. A masterpiece!!! 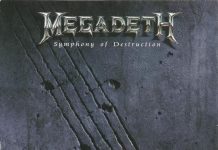